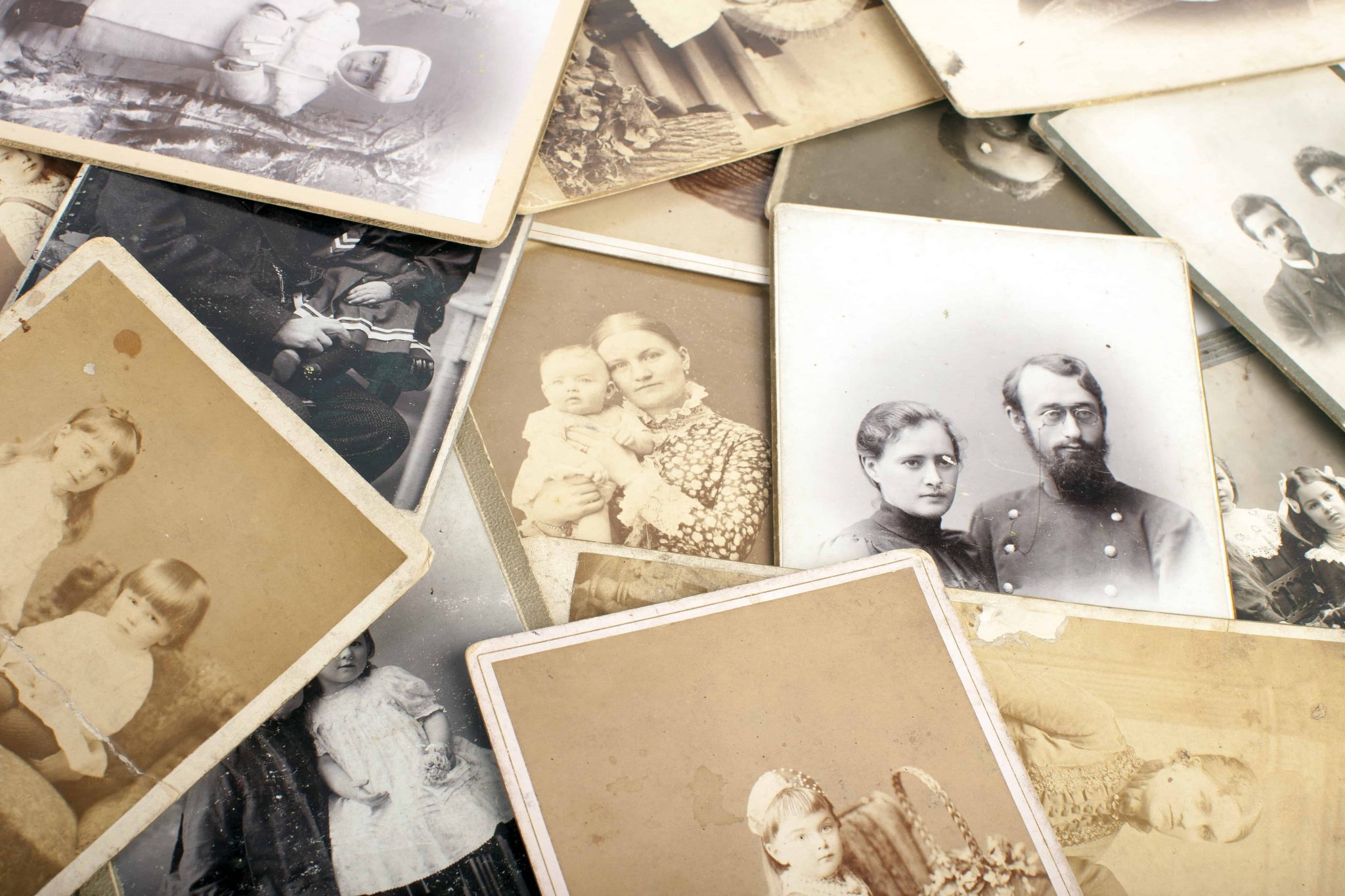 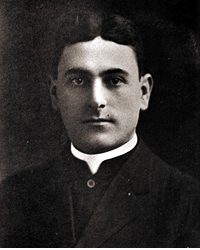 While the rectory for him was being constructed, Father Epstein lived some time at the rectory of Good Counsel Parish Aurora, Illinois with Father Linden. He also stayed at the Pryor home on James Street in Plainfield.

An avid horseman, Father Epstein covered the parish territory on horseback to visit his parishioners. The horse was kept in the barn in back of the rectory.

During the pastorate of Father Epstein, sometime in 1909-1910, a five-acre tract of land was purchased for a cost of $875, according to an early church report, for the St. Mary Immaculate cemetery.

After seven years of faithful service, Father Epstein was appointed pastor of St. Francis of Assisi. 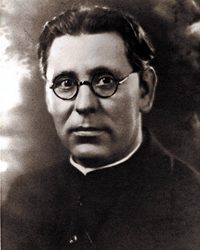 Father Peter Leiser came to St. Mary Immaculate Parish as the pastor in 1916. He did many kind deeds for his parishioners. One of the deeds he is remembered for is when he used his car as an ambulance to take the sick to the hospital. In 1920 he helped many people in need after the destructive tornado swept through the area.

While Father Leiser was pastor, the ladies of the parish started the annual event of the Chicken Pie Supper. The crowds became so large, the Plainfield Social Center was rented for many years.

In 1926, Father Leiser was transferred to a parish in Franklin Park, Illinois. 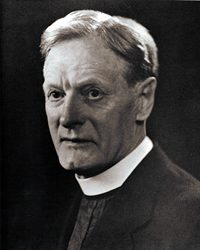 Father Herman Ezell was assigned as pastor of St. Mary Immaculate Parish in 1927. He had been an assistant pastor at Holy Ghost parish in Chicago.

Under the guidance of Father Ezell, the Holy Name Society was revitalized and became an active organization.

The inside of St. Mary’s Church was completely redecorated in 1938 under Father Ezell’s supervision. The renovation and complete painting of the interior gave a whole new look to the church.

New chandeliers were installed upon completion of the painting. 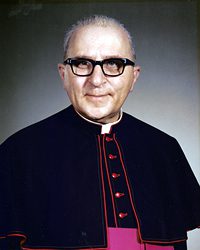 Monsignor Rotondi was born in Amaseno, Province of Rome (now Province of Frosinone), Italy. He immigrated to the United States and came to Chicago in 1920 when he was 13 years old.

He attended and graduated from Our Lady of Pompeii School, St. Ignatius High School and Loyola University with the degree of Bachelor of Science. He received the degree of Doctor of Medicine (M.D.) from Loyola University School of Medicine (now known as the Stritch School of Medicine of Loyola University) in 1931, and interned at St. Bernard Hospital (which at that time was affiliated with Loyola) 1931-32 when he was licensed to practice medicine and surgery in all their branches. The same year he was appointed on the staff of St. Bernard Hospital and instructor in surgery in its School of Nursing, and in 1933 to the faculty of Loyola Medical School where he taught medicine for 10 years, published a number of articles in Medical Journals (Surgery, Gynecology and Obstetrics; the Journal of the International College of Surgeons; the Illinois Medical journal; the Linacre Quarterly, etc.) and in local Catholic and secular newspapers.

Inspired by a belated vocation to the Sacred Priesthood, he decided to give up his medical practice and entered St. Mary Seminary in Cleveland, Ohio, and was ordained May 26, 1945 by Archbishop Edward F. Hoban in St. John’s Cathedral in Cleveland. Prior to his appointment of Pastor of St. Mary Immaculate Parish in Plainfield, in June 1955, he served as Assistant Pastor of Our Lady of Mount Carmel, Niles, Ohio, St. Mary of Mt. Carmel in Chicago and St. Anthony in downtown Joliet.

In 1951 he was appointed Diocesan Director of Hospitals by the late Bishop Martin D. McNamara, first bishop of Joliet, and the following year he was elected member of the Administrative Board of the Catholic Hospital Association of the United States. 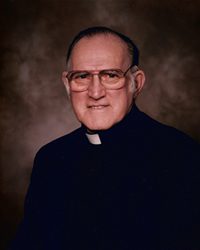 Fr. Van Duren was born on March 7 , 1920 and became an orphan after his father died in 1922. He lived in an orphanage until he was 12 years old. Even though he ran away a couple of times, Fr. Van Duren always said he had healthy memories about his younger years. He was living in Davenport Iowa and engaged to be married, when he heard God’s call to become a priest. Before he came to the Joliet diocese, he worked with the Indians of the Dakotas, and spent 4 years at Mississippi State University working with the poor.

Fr. Van Duren was the pastor of St. Mary Immaculate when the tornado destroyed the church and school buildings. He wasted little time in starting the process of reconstruction and in 3 years, the new buildings were completed. In the late 80’s, Fr. Van Duren was shepard to around 1800 families. 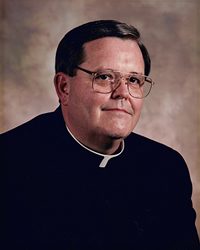 Father Anthony Nugent was pastor from 1995 until 2005. Fr. Tony saw the growing needs of the parish and the space limitations the community was faced with, and in 1996 started the building dreams campaign to begin work on the new parish center and additional school classrooms. Construction started in 1998 and was finished in 2000.

When Fr. Tony left in 2005, St. Mary Immaculate had over 6200 families and was the largest parish in the Joliet Diocese. 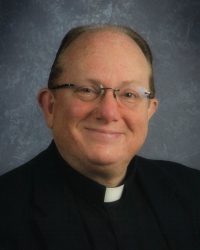 Father David Medow was pastor from 2005 until 2017. He started serving St. Mary Immaculate Parish in July of 1998, at which time the parish had 3,982 enrolled households.

He was born in the West Rogers Park neighborhood of Chicago and graduated from Mather High School in 1974; he received his Bachelor of Fine Arts from Georgetown University in 1978 and his Master of Arts from Mansfield College, Oxford University in 1981.

He met Jane Rooney in England in 1979. They were married and are the proud parents of two children, Nikolai and Hannah.

In the 1990’s, he discovered a yearning for the Roman Catholic Church. He was received into the Church on November 1, 1996 by Bishop Joseph Imesch and granted permission by the Holy See to begin a course of study for the priesthood. He then prepared for ordination from 1998 until 2001. During the course of his studies, Father David joined the staff of St. Mary Immaculate in 1998 and was ordained a priest in June of 2001. He became the Parochial Vicar of the school in 2001 and pastor of the parish in 2005.

During his time at St. Mary’s, he inaugurated a series of parish pilgrimages to Europe and the Holy Land, led a mission trip to Malawi, been heavily involved in community outreach, serving in the Plainfield Ministerial Association, and establishing the Plainfield Interfaith Food Pantry.

Click here to return to the Parish History page.