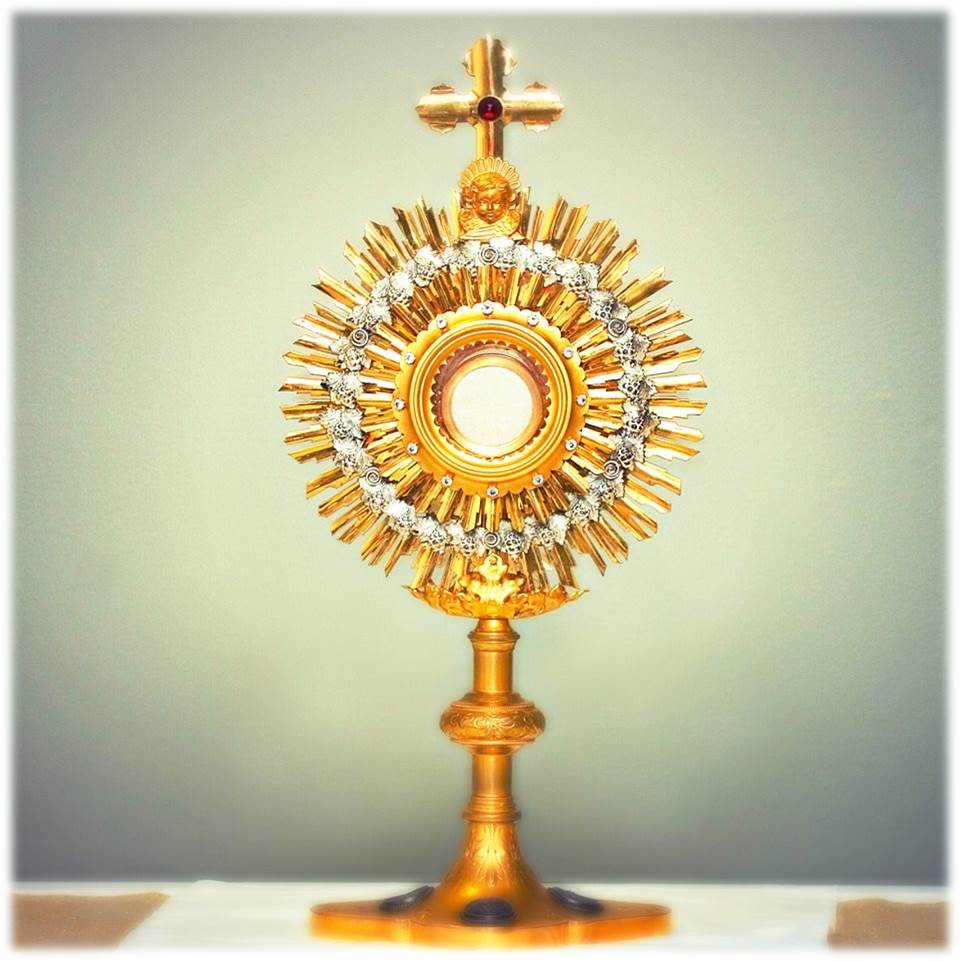 You may have seen the Summit sign hanging over the Commons doors and wondered about what happened in the way of the Year of the Eucharist. There were many events catered particularly to the year, even if you didn’t get a chance to attend. We’ll highlight a few big events over the last year, while touching on some of the other elements associated with the Year of the Eucharist.

The Eucharistic Miracles displays covered the entirety of the year, being exhibited in the gym after weekend Masses on several occasions. These exhibits highlighted Eucharistic miracles from all over the world. They were affirming to our yearly theme, but also appealed to those who had never heard of Eucharistic miracles before. It was a brief history lesson that helped us grow in our love for the Eucharist.

This one night event featured a night of adoration and praise music. Led by Catholic singer-songwriters from the 177 Project, we had a praise and worship night with adoration. The night was focused solely around the Eucharist, and was an extremely prayerful and fun evening.

Bishop Barron’s The Mass series was studied twice throughout the latter half of the year. Led in part by Fr. John Regan and the Fishers of Men, The Mass series focused on teaching our families about what we experience when we attend Mass.

On a smaller level, you may have noticed little nods throughout the weekend Masses. During the petitions, the response for each petition was “Bread of Life, hear our prayer.” This was to remind ourselves that the Lord we pray to, is fully present in the Eucharist. After Communion, we prayed the Anima Christi, as a Communion meditation. The Anima Christi is such an important prayer because it highlights the reality of the Body of Christ.

In conclusion, the Year of the Eucharist was a great success! We wouldn’t have had such a great year if it wasn’t for the participation of the parishioners, staff, and clergy. And to have all of these events and more for the glory of Jesus in the Eucharist made this year that much sweeter. Stay tuned when later this year, we announce a new theme for 2020!

Back to SMI Blog